YIT Lietuva: Despite rising prices, the affordability of housing in the Baltic states is increasing – Lithuanians are the most active in buying flats

Even the Covid-19 pandemic, which only frightened real estate buyers for a short time, did not stop the growth of the housing market in the Baltic States. Already at the end of last year, the demand for new housing in the capitals of Lithuania, Latvia and Estonia shot up again and led to record apartment sales. Kęstutis Vanagas, general manager of the sustainable urban development and construction company “YIT Lietuva”, having assessed the results of housing sales in YIT countries, says that the impact of the pandemic was felt most in the Latvian housing market last year, and the least in Lithuania. Žydra Rakauskaitė, the head of Housing Finance at Swedbank, in turn notes that in recent years the income of the population in the Baltic states has been growing faster than housing prices, which has also led to higher housing affordability and demand. 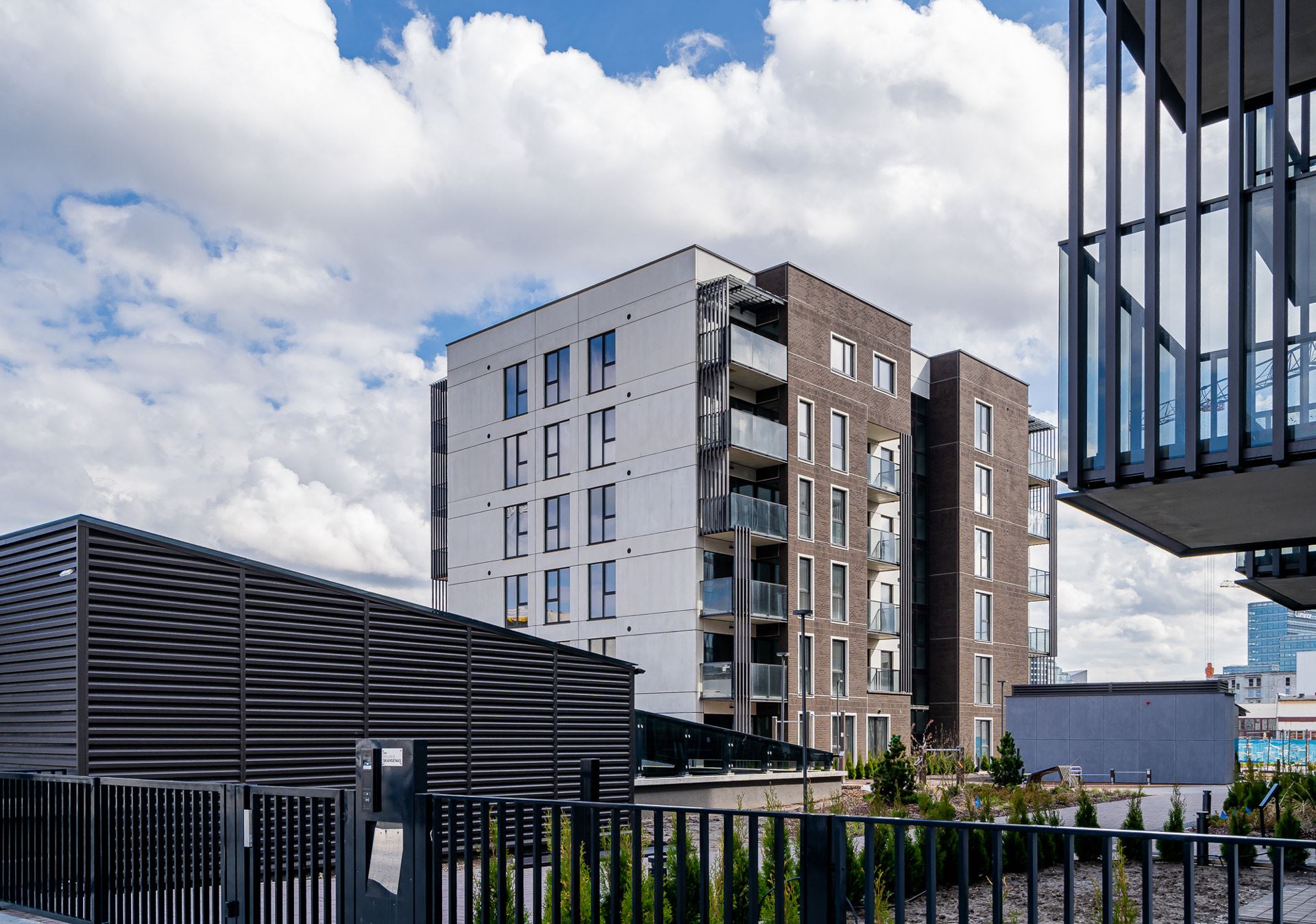 The housing market was least affected by the pandemic in Lithuania

According to K. Vanagas, fears about the drastic impact of the pandemic on the Baltic economies, and at the same time on the real estate market, have not materialized. Although the market stopped in the spring of last year, only with the onset of the pandemic, already in the summer housing sales started to grow again, and by the end of the year the demand for flats had already reached the level of 2019.

“Of course, even a short halt affected to the overall annual results of home sales. Yet, this effect was unequal in the Baltic States. Last year in Lithuania we sold only 8 percent less flats than in 2019 in our implemented projects. At that time, the decrease in Latvia and Estonia was 35 percent and 30 percent respectively. The Lithuanian housing market remains the most active of all the Baltic countries this year as well. In less than four months of this year, we have already exceeded the sales of all last year in Lithuania,” says K. Vanagas.

The representative of the developers notes that although the general trends of the housing market in the Baltic States are similar, there are also some differences. In Latvia, for example, a significant proportion of homebuyers before the pandemic were employees from shipping sector. The pandemic had a significant impact on their incomes, which also affected the overall demand for housing in Latvia. In addition, if compared to Lithuania and Estonia, the housing market in Latvia is generally slightly less active, with fewer new projects being developed there.

The opportunities to buy housing have increased

Meanwhile, Ž. Rakauskaitė says that the housing market trends in the Baltic States during the pandemic were similar. In Lithuania and Latvia, housing affordability rates continued to rise, while in Estonia they remained similar to those of recent years. Housing prices in the capitals of these countries have also risen due to non-declining demand. Last year, compared to 2019, depending on the economy class, year of construction and other criteria, housing prices in Vilnius, Riga and Tallinn increased by 8-12 percent.

The Housing Affordability Index of Swedbank in Lithuania increased by as much as ten points in the last quarter of last year and currently it is 141. The middle-income household in Vilnius can currently buy 77 sq. m housing. It is true that although the affordability of housing in Vilnius has increased, it remains the lowest among the capitals of the Baltic States. In Tallinn, a middle-income family buys 83 sq. m. flat, and in Riga, due to much lower housing prices – even 99 sq. m flat,” says the expert.

According to her, due to the faster growth of income than the prices of housing, residents can also accumulate the funds needed for the down payment faster when buying a home with a loan. The bank data show that last year the amount of the down payment in Lithuania increased by almost a fifth and reached an average amount of EUR 23,000. In addition, it is noticeable that customers in all Baltic States are increasingly interested in new construction and higher energy efficiency housing, as well as innovative real estate solutions.

“The latter trend is especially pronounced in Lithuania. At the end of last year, loans for the most recently built housing, built no later than 2019, accounted for about 50 percent of all housing acquisition transactions financed by the bank in Lithuania. About a third (34%) of the housing purchased with a loan was constructed before 2000. The remaining 16 percent of housing financing transactions last year went to flats built in the period of 2000-2018,” says Ž. Rakauskaitė.

The pandemic has highlighted the new needs of homebuyers

K. Vanagas, in turn, notes that due to the pandemic, the priorities of the population and the criteria set for housing have slightly changed. As residents spend more time at home, the demand for more spacious flats with more rooms has increased.

“Residents want to be able to arrange not only a living room, kitchen and bedroom, at home but also separate work and rest areas. Private terraces and spacious balconies, which provide an opportunity to spend more time in the open air, have also been further appreciated. Undoubtedly, buyers’ expectations regarding the quality of housing equipment, innovative technical solutions and the home environment also continue to grow. Residents seek to invest their money in truly high-quality housing that meets their needs,” notes K. Vanagas.

According to K. Vanagas, for these reasons, residents have been choosing housing for a longer time lately, and usually consider several different options before making a final decision. In addition, according to K. Vanagas, more and more people in Lithuania are buying a second or third home as an investment. Meanwhile, this trend is less pronounced in Latvia and Estonia.

Proximity to nature and privacy are sought in the city centre

Additionally, in all the Baltic countries, according to K. Vanagas, due to the pandemic and desire of people to buy a second home for rest, the demand for small private houses and cottages in the suburbs has increased significantly. Nevertheless, Lithuanians are also trying to get the benefits of private homes and natural surroundings without moving away from the city centre. As a result, they are looking for flats in the central part of the city, but surrounded by green spaces – preferably with private terraces or spacious balconies.

“This tendency is perfectly reflected in the great interest in the “Raitininkų sodas” houses built by us in Vilnius near the Neris and the old town. The flats of the second stage of the project in this attractive place of the capital had been bought before the construction was completed. The same is true in other housing projects – the possibility to combine privacy and proximity to the city, accessibility of green spaces and developed service infrastructure, is currently one of the key factors determining the choice of the residents in Lithuania,” says K. Vanagas.

According to K. Vanagas, despite the high levels of activity, the growth of the Baltic housing market is currently sustainable, and it is primarily determined by natural demand, but not by overfunding – as it was more than a decade ago. By the way, according to the representative of the developers, in the more expensive housing segment, a larger share of housing is purchased using own funds, which means that there is no risk of default.

“Basically, the growth of the housing market in metropolitan areas correlates with economic growth trends, rising wages, and metropolitan development. In the long run, these tendencies will continue, therefore it can be stated that real estate investments in the Baltic States are currently safe,” says K. Vanagas.

In total, “YIT Lietuva” is currently developing 3 housing projects in our country – the housing estate “Piliamiestis” (The castle town) on the right bank of the Neris in Kaunas is being further developed, and the houses “Naujasis Skansenas” (the new Skansen) and “Matau Vilnių” (I can see Vilnius) are under constructions in the central part of the capital. According to K. Vanagas, throughout this year the company plans to add 250 new homes to the Lithuanian housing market. In Latvia, YIT plans to implement several new housing projects this year. 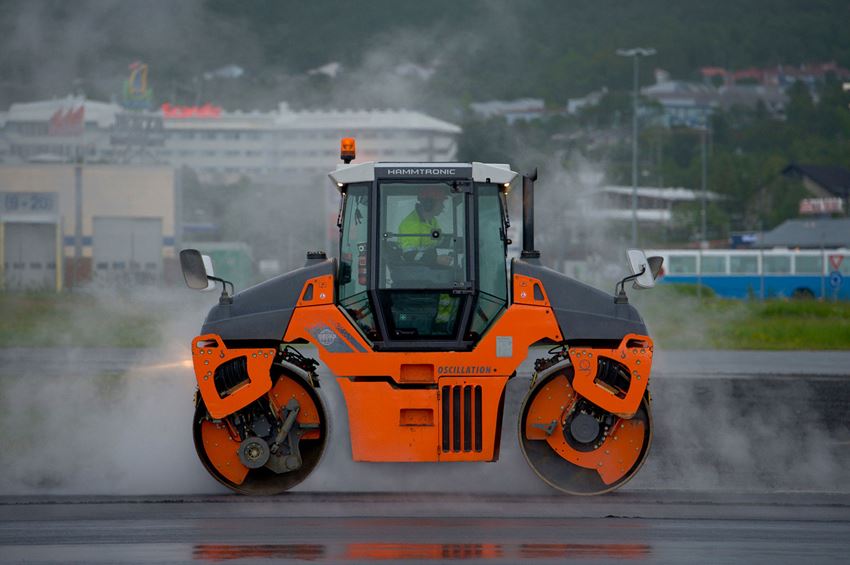