At the Aludarių street, in the territory of the former brewery “Tauras”, construction works of residential housing “Matau Vilnių” (Eng. Vilnius is in my sight) have started. During the first stage of construction, the development of three buildings “Pilies”, “Upės” and “Tilto” is planned. The first stage will comprise a total of 92 apartments, with a panoramic view of the historical and modern city centre. The sustainable real estate development company “YIT Kausta” will undertake the construction of the project in a location of the capital that is rich with history.

The development of the first stage of the project should be completed by September 2019 and the estimated date of completion of the whole project, which will be implemented in four stages, is 2021. Until then, six new five-story residential buildings, surrounded by a city environment, offering a cultural, historical as well as an architectural perspective, will be built.

The sales of the 1 – 4 room apartments ranging from 44 to 102 sq. m., which are being developed in an exclusive location of Vilnius, have already started. The initial price of 1 sq. m. starts at 1600 Euros with the greatest interest being drawn by those apartments that reveal a magnificent panoramic view of the city. The buildings that are being developed will also contain two commercial premises of 77 and 367 sq. m. accordingly. The large commercial areas can be divided into smaller ones upon request.

The houses of “Matau Vilnių” are being built in the territory of the legendary brewery formerly named “Šopenas” then “Tauras”. Next to the development project, one can find Lukiškės square – an integral part of urban and social landscape of Vilnius, as well as Tauras Hill, and the left embankment of Neris. Architectural monuments of various eras and historical and cultural landmarks are abundant in close vicinity.

“Today, the customers choosing a home pay more attention not only to the quality, layout and a convenient location, but also to additional benefits such as the interesting history of the location, its cultural atmosphere. There are not many places left in Vilnius to develop such real estate, therefore, the “Matau Vilnių” project should become attractive to those who are searching for harmony between authenticity and a comfortable city life”, says  Kęstutis Vanagas, the general manager of “YIT Kausta”.

The location where the “Matau Vilnių” project is being developed is surrounded by history and is in the centre of a modern city life. Future residents will be able to enjoy a developed city service infrastructure and, within a couple of steps from home, reach the Gediminas prospect and the Old Town – both full of restaurants and cosy cafes. Close by one can find the business district of Jasinskis and Goštautas streets, as well as the recreational areas at the Tauras Hill, Lukiškės square and Neris embankment, which are loved by many of Vilnius’ inhabitants. Vingis Park and Žvėrynas can be easily reached either on foot, by bicycle or car.

During the construction of the buildings, the plaster mural painting “Liaudies šventė” done by the artist N. Daškova, which decorated the wall of the tasting hall of the former brewery, will be preserved and prepared for exhibition at the commercial premises. The artwork, with a recognised cultural value, will be restored and moved to the wall of one of the commercial premises of the constructed buildings, and become available to the public.

All the buildings of the “Matau Vilnių” project will be of A class energy efficiency and will have solar collectors installed on the roof, which will generate power for general household purposes. Underground and aboveground car parking spaces and charging stations for electric vehicles are also foreseen in the project. 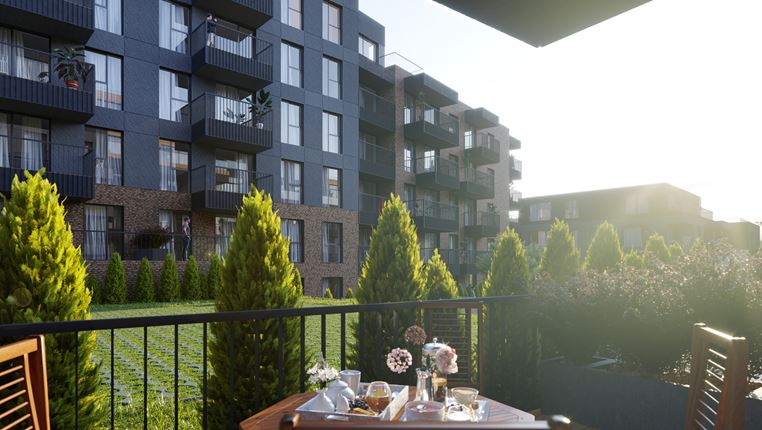 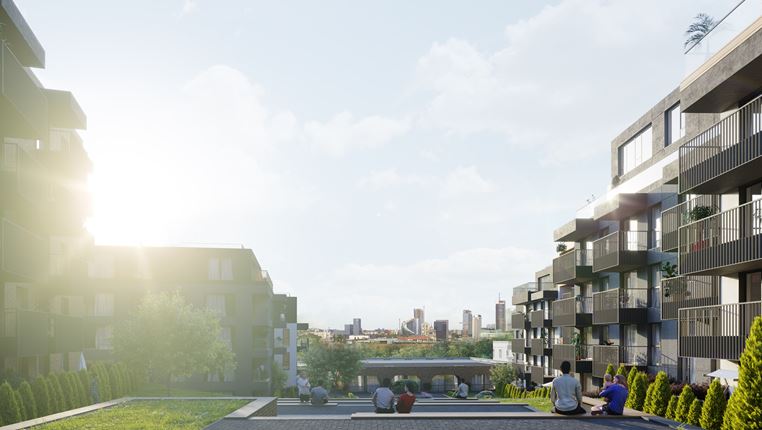